Published October 21, 2012
Phew. I’m so glad that first post is out of the way. It’s like a blind date. You don’t know what to wear, or who you’re meeting, or if they’re going to be looking at you with judgey eyes or not. Now that it’s over with I can move onto my regularly scheduled unscheduled programming. By which I mean, here’s another blog post. I may or may not have already run out of things to say.

Okay well here’s a secret that’s not a secret anymore. This weekend I started watching The Bachelor Canada, there’s been three episodes so far and we caught up. I’ve never watched The Bachelor before but I was interested by the Canada aspect and also, CityTV has all the episodes online for free. I’m not sure how the normal Bachelor works, but they seem to be eliminating girls awfully fast on this one… which is probably good because at this rate the show will be over in about a month and I can go back to my slightly less guilty pleasures instead. The horrible girls on the show are definitely the ones that stand out so I guess it’ll be interesting to see if they are the ones that stay. There are a couple nice ones too. The guy himself, Brad, seems alright though he does have a pretty horrible tattoo. So I guess I have judgey eyes too.

Anyways, it was kinda neat that he booted extra people off on the most recent episode so he could spend more time with the remaining girls. Or– and maybe I’m just cynical– maybe the show only got a limited number of episodes. I’m sure they’ll draw it out longer if it’s a hit and it comes back next year. I promise not to watch it again if it does.

The show I’m most excited about right now is Dexter, and it’s been an intense and awesome season so far. Also loving, The Big Bang Theory. And How I Met Your Mother, though this isn’t the best season so far. And I guess that’s about it. No wonder I got desperate enough for The Bachelor Canada, especially now that Project Runway is over. For the record– Fabio should have won, I’d be most likely to wear Melissa’s, Christopher was out of his depth and knew it, and if the judges said “impeccable construction” about Dmitry one more time I was going to scream (but sorry, even with that weird hair, the clothes were not that exciting or creative which was disappointing because he was one of my favourites throughout the season). I would have swapped Fabio and Dmitry’s places based on the final collection, but for the season as a whole I agree. 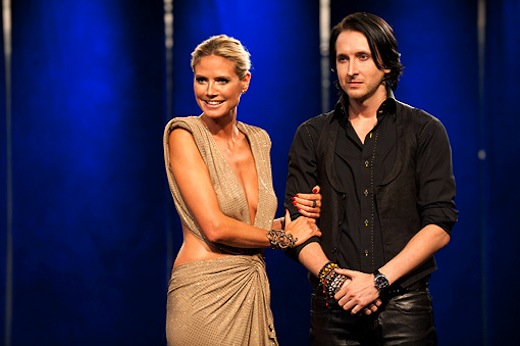 My favourite reality television is definitely cooking competitions though, so I’m still very excited for the start of Top Chef Season 10 really soon (November 7th). Part of me is getting a little tired of it, especially between the All Stars and the Masters and the Just Desserts and the Canada series. But I know that the instant that show starts I’ll be hooked back in.

Do you watch any horrible TV like I do? Is there any of it you’d recommend?