Published February 15, 2013
Maybe using “friends” in the title of this post is over-stating it. I’m actually not a cat person at all, although the hives they give me make me think the feeling’s mutual. But this was definitely one of the most adorable sights I saw while traveling, right after arriving at my hostel in Istanbul on the morning of January 6th. Asides from my view from the shuttle on the way from the airport, it was basically my first sight in Turkey and it instantly felt like I was being welcomed. Of course, it wasn’t long before the two matching sweethearts ran off together. 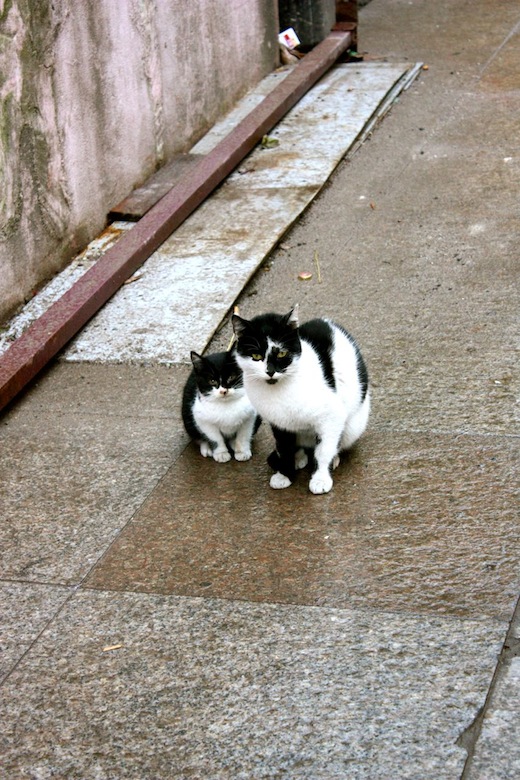 I don’t celebrate Valentine’s Day and I didn’t start this year. I won’t bother explaining why I think it’s silly, but I had a great February 14th all the same. I got the poutine I’d been craving for months– thank you New York Fries for making a gluten-free one– and M bought me a surprise copy of The Hunger Games, and picked up some delicious movie snacks like Smartfood popcorn and Stewart’s root beer for me, Old Dutch Baked Ketchup chips and Pepsi for him. We watched the movie together on his still-fairly-new-pretty-impressive TV. It was my third time seeing it, and his second since I dragged him to a premiere showing when it first started. So even though there were no cards and candy and balloon animals, it was a lovely relaxing night. I hope wherever you were, and whatever you were doing, it was a wonderful day. And even thought it’s nothing special on the calender, I hope tomorrow is wonderful too.